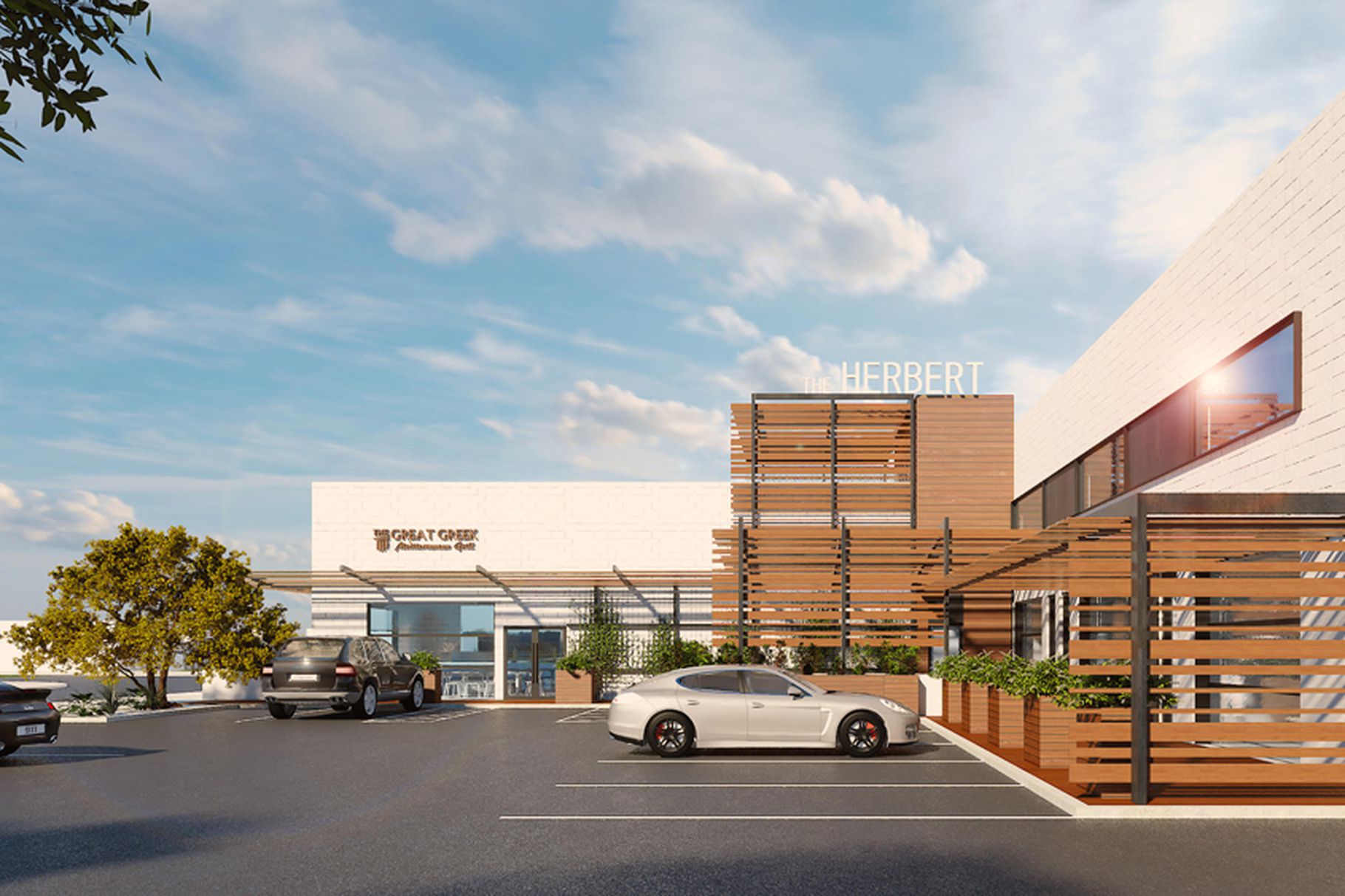 Updating news of the mixed-use structure headed to the northern edge of the Arts District, project partner Dapper Companies has revealed the restaurant tenant on its way to Main Street.

Named The Herbert, the office, retail and dining complex will replace the former home of the Western Cab Co. at the intersection with Gass Avenue, creating a desirable upper level space with its own private roof patio.

On the ground floor, the fourth local expansion for The Great Greek Mediterranean Grill will bring a menu highlighted by salads, gyros, rice bowls, souvlaki, and falafel, plus baklava among the desserts.

The counter-service franchise can already be found in Henderson, the northwest, and at the Dapper Companies? own restaurant row on Blue Diamond Road in the southwest.

The Great Greek is also scheduled for The Bend, Dapper?s under-construction retail and entertainment center at Sunset Road and Durango Drive, set to include Lotus of Siam, Freed?s Dessert Shop, and an Aces & Ales Brewery as fellow tenants. An estimated debut date for the downtown site has not been announced.

This site uses cookies and other tracking technologies to assist with navigation and your ability to provide feedback, to analyze your use of our products and services, assist with our promotional and marketing efforts, and provide content from third parties. By clicking on the "Accept All Cookies" button or navigating the website, you agree to having those first and third-party cookies set on your device. LEARN MORE
LEARN MORE Accept All Cookies